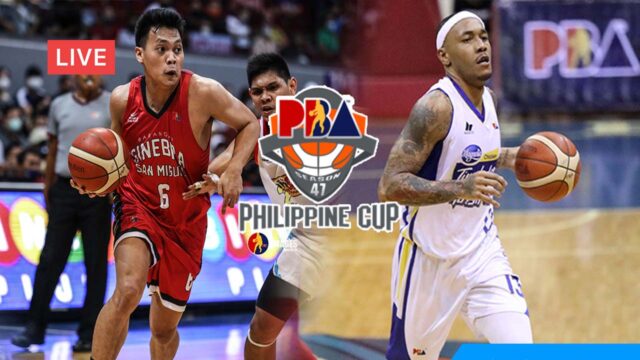 The Barangay Ginebra San Miguel and the Magnolia Chicken Timplados Hotshots will go head-to-head at the Mall of Asia Arena in Pasay City on Father’s Day, June 19, 2022, in the much anticipated Manila Classico.

The Gin Kings will try to maintain their hot winning streak and join the Beermen at the top of the standings while the Hotshots will go all-out-war and avoid another defeat that could bring them deeper in the win-loss picture.

BGSM guard and the reigning Most Valuable Player, Scottie Thompson is expected to log another triple-double performance which he always does. Apart from him, the healthy Stanley Pringle is back along with his shiftiness will give concerns to the Timplados.

Ginebra could use their past two games on how to control the game from beginning to end and avoid scoring rallies as what happened versus ROS. Fortunately, the troops of coach Tim Cone were able to wither the storm and was able to generate another victory.

At the moment, the Hotshots are looking not good with their 1-3 record and this will be their fifth game since the opening of the 47th PBA season. Although Magnolia still searching their winning ways this conference, Ginebra head coach Time Cone expects another epic duel.

“We hope we can lift our game and when you play a rival, that’s a natural thing you do. I don’t think records really matter at this point. We start 0-0 and go from there,” said, Cone.

For Magnolia camp, forward Calvin Abueva promised that he’ll play better against their rival. Abueva came from a dismal performance versus the Beermen few days ago where he made an awful 2-of-7 from the field and committed four turnovers.

Timplados coach Chito Victolero expects the return of Paul Lee yet his minor injury is still a concern. The bench tactician is hoping that their team’s medical staff can make wonders and prepare the “Lee-thal” weapon back in action tonight.