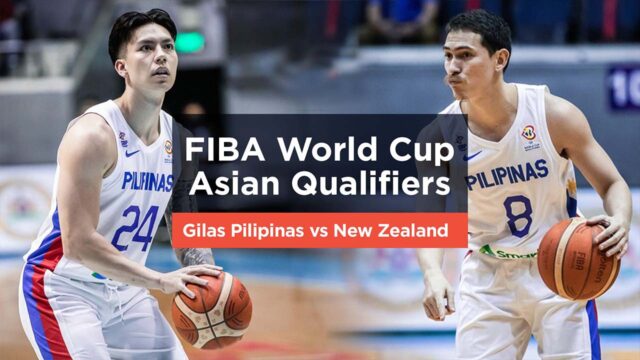 With two wins by forfeiture against South Korea and a dominant win against India on Friday, the Nationals are facing real test vs the Kiwis in their 7 p.m. match.

New Zealand, ranked no. 27 in the world, is coming off a 55-point win from India on Thursday.

New Zealand brought in a team full of established players, among them Tom Vodanovich, Rob Loe, and Dion Prewster.

PBA stars Roger Pogoy and Robert Bolick and Japan B. League mainstays Dwight Ramos and Thirdy Ravena put in double-digit output to lead the Nationals past the Indians.