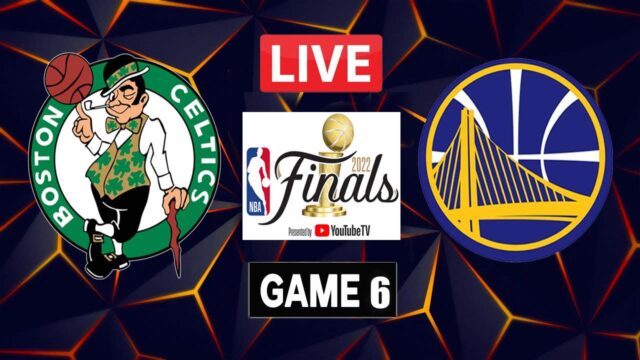 The Golden State Warriors invade the TD Garden in Game 6 of the NBA Finals to battle the Boston Celtics on Thursday night.

The Golden State Warriors are now just one win away from another NBA Championship after outlasting the Celtics in a pivotal 104-94 home win in Game 5 on Monday. Andrew Wiggins led the team with 26 points and 13 rebounds, Klay Thompson drained five 3-pointers to finish with 21 points, Stephen Curry added 16 points with eight assists while Gary Payton chipped in with 15 points off the bench.

As a team, the Warriors shot 46 percent from the field and nine of 40 from the 3-point line, but this win was more about their effort on the defensive end as they held the Celtics to just 16 points in the first quarter to take the early double-digit lead, before they held the Celtics to just 20 points in the fourth quarter to pull away and win comfortably in the end. Curry had a rough shoot night as he shot zero of nine from the 3-point line and Otto Porter Jr. scored just two points, but Wiggins carried the offense for most of the contest, while Thompson heated up late to make up for Curry’s quiet night.

As a team, the Celtics shot just 41 percent from the field and 11 of 32 from the 3-point line as they got off to another slow start and managed just 16 points in the first quarter to fall behind by 12 points going into halftime, before they exploded for 35 points in the third quarter to take the lead. However, they went ice-cold again in the fourth quarter where they managed just 20 points to allow the Warriors off the hook in the end. Brown shot just five of 18 from the field and zero of five from the 3-point line and no bench player scored more than three points.